Burkina Faso with about 16 million inhabitans are one of the poorest countries in the world. The democratic country has just experienced a revolution, a terror attack and is struggling to bring back investors and foreign aid. Recent attack targeting expats in Ouagadougou has struck hard on restaurants and public establishments. About half of the population are secular muslims, indigenous  religions and christianity stands for about one third of the population. Beer and alcohol is served at most restaurants any time of the day.

You might beliveve that there only is a handfull of different beers. But Ouaga has so much to offer. First of all you can buy more than 10 different Belgian beers in the super markets, then many other special beers around Town. Beers from Togo, Ghana and Ivory Coast is also sold at a few places. Then we have the Craft beers and more Belgian beers available at the second Craft brewery L´ile De Malt.

First was Brasserie Artisanale De Ouagadougou with lots of IPA, Ale and Porter.

Prices on IPA in Ouagadougou is similar to countries like Poland and Germany where a bottle cost between 2-4 euro.

The second brewery opened in april 2017 and serves a wide range of Belgian beers together with own brewed tripples.

There are a few Belgian imported beers at the super markets. The selection not bad at all. In total; including craft beer and specially sold beers you have more than 40 different beers.

The most interesting beer from the region is Awoyoo from Togo. Ghana does also offer a good selection of different lagers and also a stout. 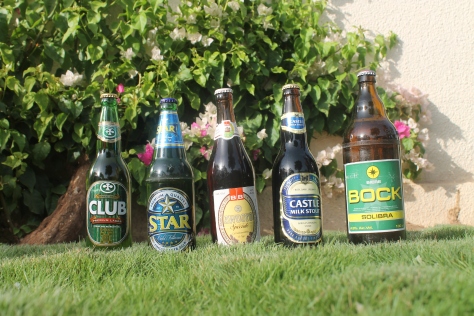 Dolo is a fast fermented alcoholic beverage made of malted sorghum, yeast and water. No hops or malt is used. The sorghum is germinated, then grinded, cooked a few hours and then the yeast is added. The fermentation takes place in big clay pots and is finished after a day or two. Brewing and fermentation takes only a few days compared with two-three weeks for a normal lager beer. The sorghum is stored in a small hut. Dried before the germination takes place. The Sorghum is soaked in water a day or two then when the sprouts reach 1-2 cm it´s time to dry the sorghum which takes another 2-3 days. 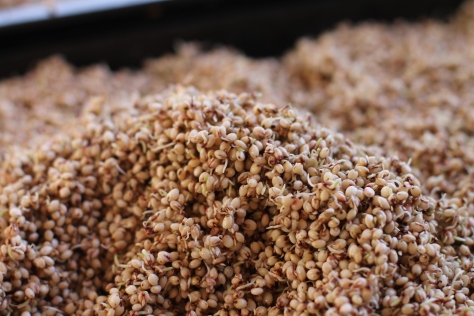 More about Dolo will come in beginning of May 2017 with more pictures and details. A calebass filled with dolo costs about 50 CFA.

Beer culture and travel in Africa